On Monday, (27 July 2020 – GSP Report) a team of 20 scientists, led by the Israeli ambassador Dr Ron Malka, has reportedly arrived in Delhi from Israel to develop a rapid testing kit for Coronavirus that can deliver results within 30 seconds. Since the outbreak of the Wuhan Coronavirus, Indian PM Narendra Modi and Israeli Prime Minister Benjamin Netanyahu had 3 telephonic conversations wherein they highlighted on the need for mutual assistance in fighting the deadly virus, besides a commitment to technological and scientific research.

As per reports, the researchers at Israel’s Ministry of Defence are working closely with Defence Research and Development Organisation (DRDO) and India’s chief scientist K Vijay Raghavan to develop the rapid testing kit. The researchers from Israel have arrived in India to conduct the final stages of testing in order to determine the effectiveness of such kits.

“The cooperation between Israel and India will enable the delegation and its Indian counterparts to collect tens and thousands of samples in a short period and to analyse them using computer systems based on Artificial intelligence,” the press release read. It further noted that the massive sampling, which will be conducted in India, will shorten the development process and ease the approval of the technology.

The rapid testing kits will be a game changer, concedes Ron Malka

According to Ron Malka, the Israeli ambassador to India, the 30-second testing kit can become a ‘game-changer’ in the fight against the Wuhan Coronavirus pandemic. He said, “We also bring on this special flight some of our best scientists, our latest development, medical systems, and equipment…They are developed in Israel especially to fight COVID-19 and were found to be very useful. We are happy to share these technologies with our friends here in India.”

The Israeli ambassador to India informed that the special flight from Tel Aviv will bring advanced respirators from Israel, the export of which is banned in the country. Ron stated that the rules were changed especially for India. An official statement read, “The aircraft will also carry cutting-edge equipment brought by the Ministry of Foreign Affairs and members of the private sector. This special delivery also includes ventilators – exported to India following an exceptional approval.” 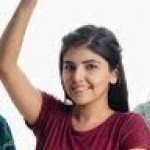 Janmashtami 2020 – know when is the festival of Janmashtami, worship Lord Krishna in this Muhurta

How to Earn Money Online with Astrology

Janmashtami 2020 – know when is the festival of Janmashtami, worship Lord Krishna in this Muhurta